What does the Google Books Analytical Graphics Viewer do?


When you enter phrases into the Google Books Analytical Graphics Viewer, it displays a graph showing how those phrases have occurred in a corpus of books (e.g., "British English", "English Fiction", "French") over the selected years. Let's look at a sample graph:


(Interestingly, the results are noticeably different when the corpus is switched to British English.)


You can hover over the line plot for an ngram, which highlights it. With a left-click on a line plot, you can focus on a particular ngram, greying out the other ngrams in the chart, if any. On subsequent left clicks on other line plots in the chart, multiple ngrams can be focused on. You can double click on any area of the chart to reinstate all the ngrams in the query.


You can also specify wildcards in queries, search for inflections, perform case insensitive search, look for particular parts of speech, or add, subtract, and divide ngrams. More on those under Advanced Usage. 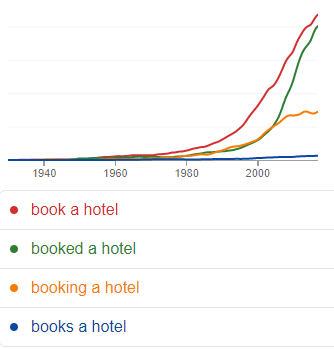 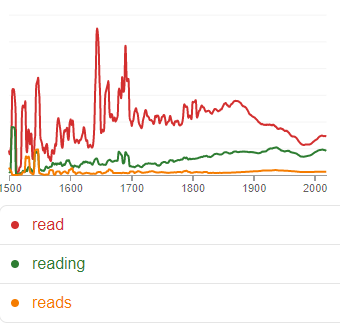 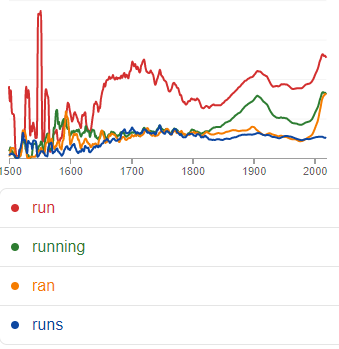 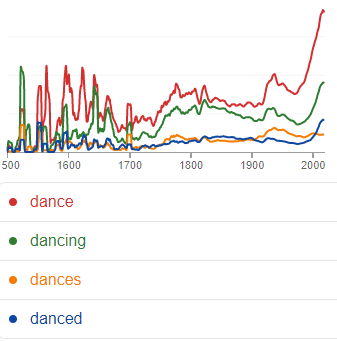 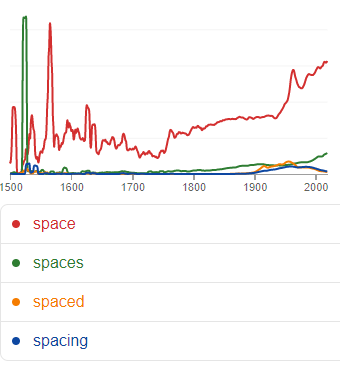 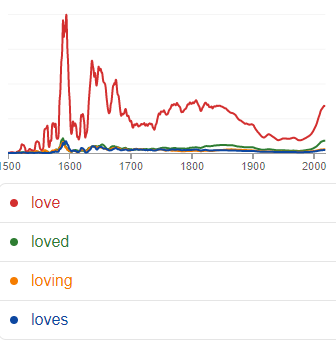 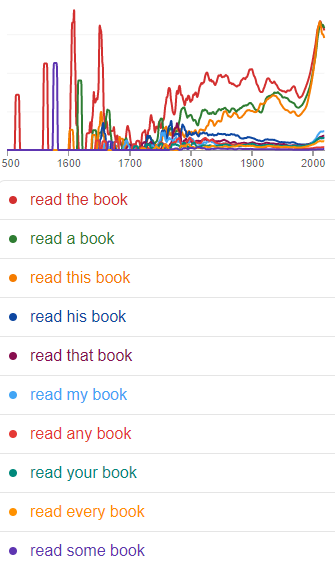 Example: my name is * 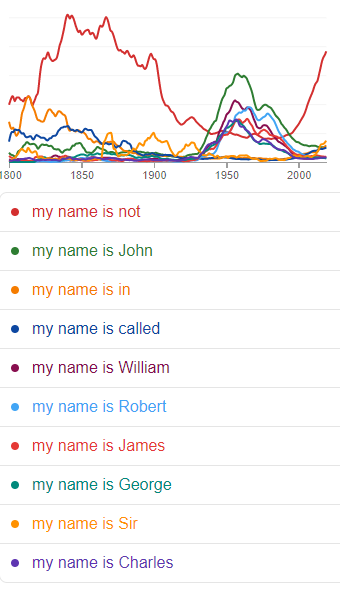 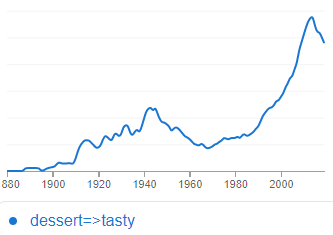 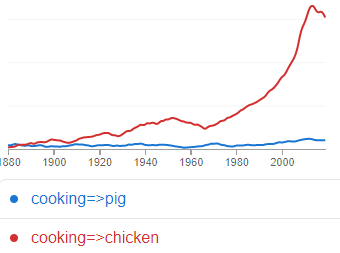 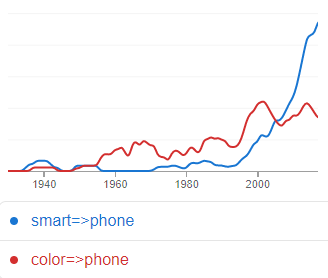 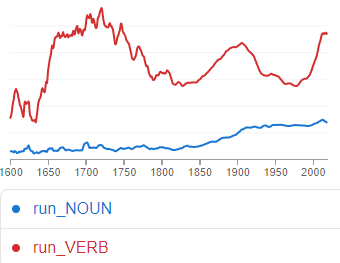 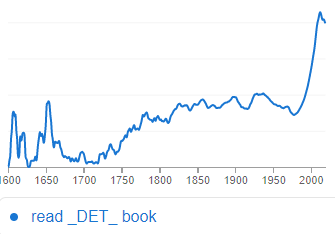 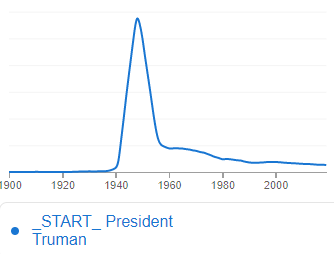 These tags can either stand alone (_PRON_) or can be appended to a word (she_PRON):

_ROOT_ - root of the parse tree

_START_ - start of a sentence 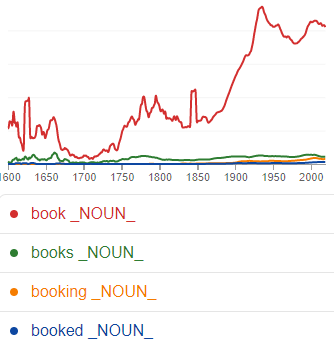 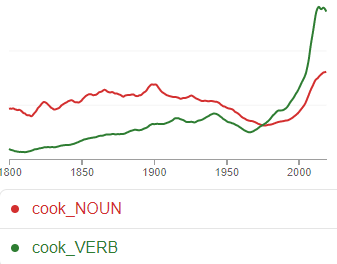 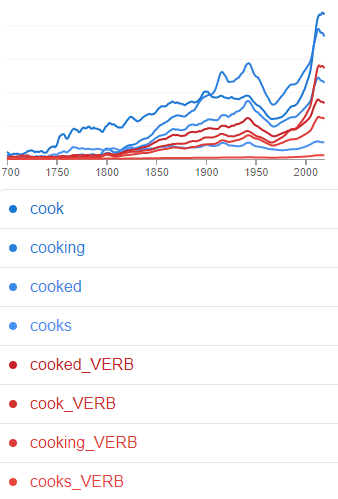 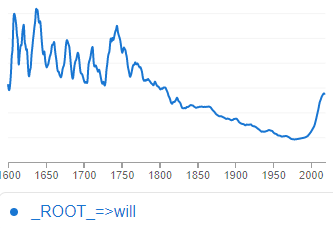 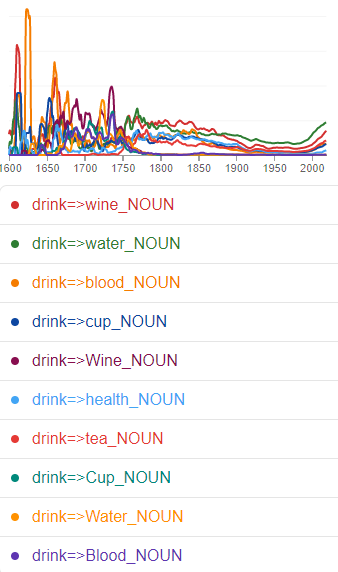